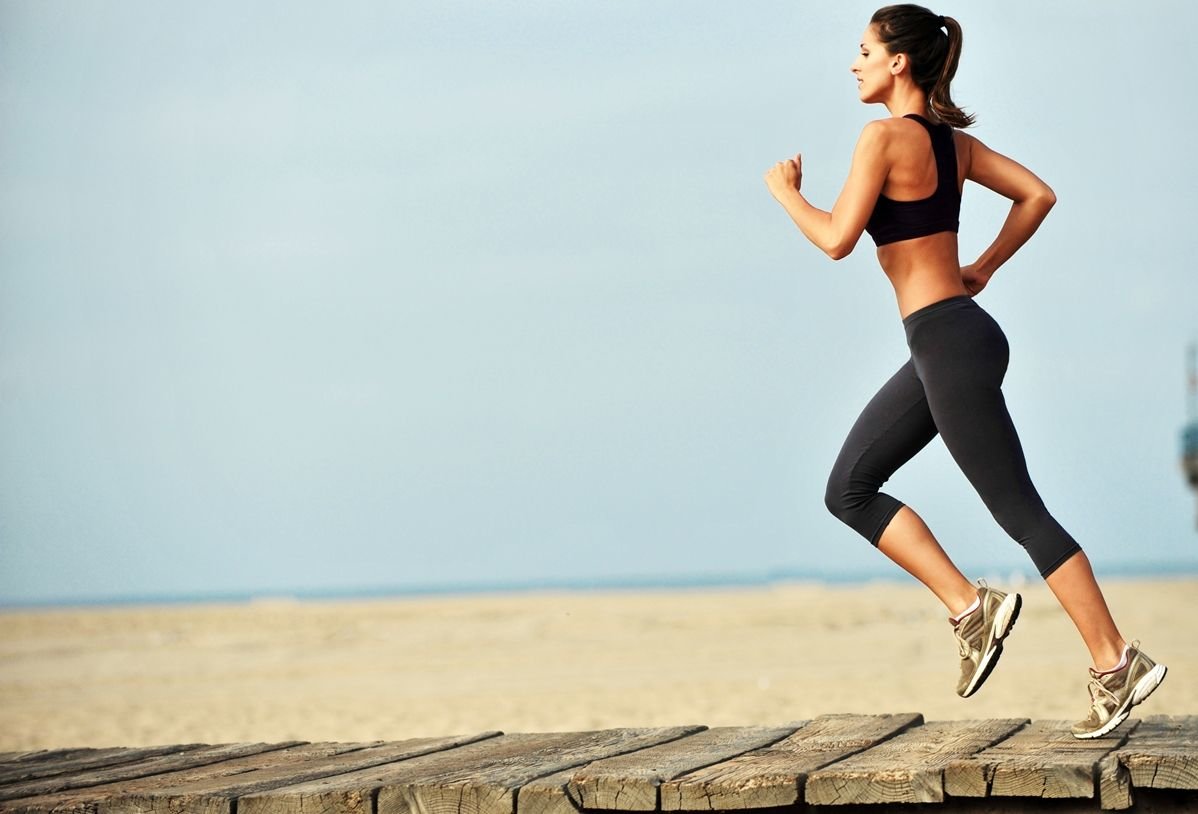 Don’t jump into a new fitness routine without considering how the last year has impacted your body. 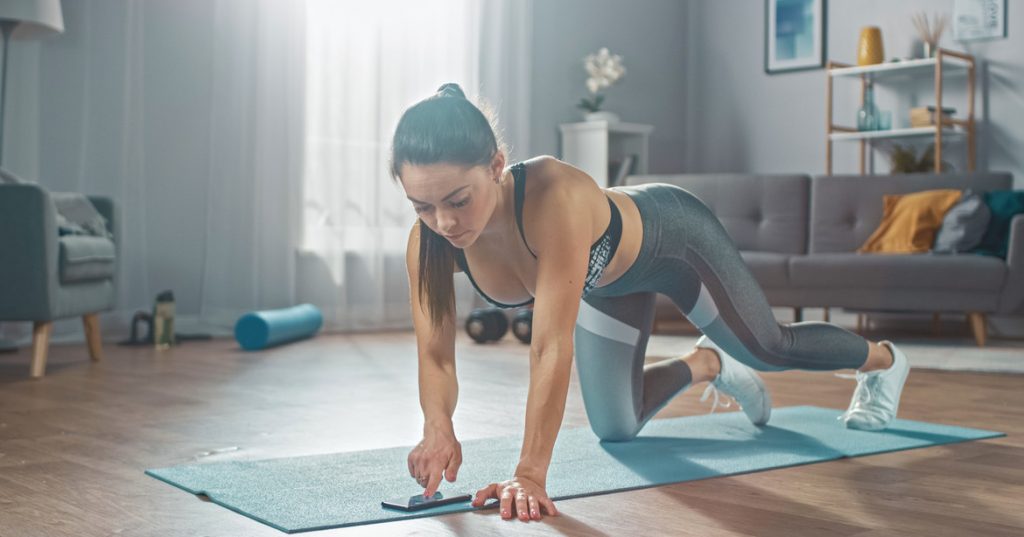 Those who committed to at-home exercise during the pandemic had no shortage of content thanks to programs like Body by Simone, Melissa Wood Health, Tracy Anderson, and so on. But even the fittest among us can admit that a more sedentary lifestyle has been unavoidable throughout the past year. Our endurance, strength, and physical fitness has faltered, and our posture has taken a hit from months slumped over our laptops and smartphones.

Joe Maysonet of J Train—whose clients include Sienna Miller, Charlotte Gainsbourg, David Solomon, Cecily Brown, and Matt Dillon—believes that getting back to the basics is essential if you want to get back into shape. But remember: Shape is different for all of us. Don’t feel like you need to return to your pre-pandemic self—just simply return to a commitment to daily movement.

Ife Obi, founder of The Fit, believes that our pre-pandemic “normal” was unsustainable. “Before it was such a means to an end, whether that end was losing weight or aiming to look like our favorite celebrity,” Obi says. “Our lives have become more about finding our balance, and our workouts should follow suit. When beginning a new routine, it’s about making time for what you enjoy so that fitting wellness into your schedule doesn’t cause stress and anxiety.”

Details matter, and if you’re making the effort to commit to a regular routine, you don’t want to get sabotaged by poor form. After all, incorrect technique can actually do more harm than good. While an individualized approach is always best, Maysonet and Obi offer essential tips for those looking to effectively overhaul their fitness routines for life after lockdown.

GET BACK TO BASICS

“Prior to adding load, it’s important to build a healthy foundation,” Obi says. People can often get caught up in vanity without mastering the motions first, which can be detrimental to progress in the long run. “Most of your favorite Instagram fitness influencers and trainers have already put in the work from which they can then layer upon,” Obi says. “It’s important to note that when you’re seeing a snapshot of a person’s life of social media, you’re seeing them in a stage that may be different to where you are. And don’t see that as competition, see it as motivation to put in the important foundational work.”

Take, for example, the classic lunge. It seems like a simple motion: Step forward, bend down, come back up, and repeat. But if your front knee is slanting inward or extending over your foot, you’re solidifying a movement pattern that’s putting unwanted pressure on your ligaments, which can in turn work the wrong muscle and even lead to injury. “What you want is a 90-degree angle,” Maysonet says. “Repetitions emphasizing technique with correct alignment will enable your body to perform at its best. You will minimize the risks and accelerate progress much faster.”

It’s a simple yet effective philosophy that is echoed by American Physical Therapy Association (APTA) spokesman Ben Fung, who explains that when it comes to alignment, “technique and appropriate force load can be the difference between injury and improvement.”

Obi notes that despite what you might see from your favorite fitness influencers, a good workout doesn’t require all the bells and whistles to be effective. “Things like push-ups and squats are challenging, full-body movements that can be increasingly challenged as your strength progresses. But progress is only possible if you do the work at each level to better prevent injury as intensity increases—one wrong movement can set you back for months,” she says.

Another key thing that people often disregard is their running technique. “Most people never learn how to run properly,” Maysonet adds. It’s one of those things that’s not necessarily taught with a lot of guidance—running style evolves out of habit. And unless your job entails striding down a catwalk, flawless foot coordination is probably not the focus.

“When most people run, they don’t extend at the hip enough, and that puts pressure on the kneecaps. What you want is an equal distance between flexion and extension,” Maysonet says. “When you’re on the treadmill, watch how you’re distributing force and aim for approximately a 70-degree angle using a heel-strike [heel-to-toe] motion.” Flexibility plays a role in this too. “If the hamstrings and glutes are tight, you will have less range of motion and the joint is going to take a lot more pounding, so be sure to stretch it out,” he says.

When it comes to the upper body, it’s all about keeping your posture, which is something that hasn’t generally been top of mind living in isolation. “If you take a look at people’s shoulders, they often go forward due to having tight pecs and weak rhomboids [the muscles located in the back that retract the shoulder blades],” Maysonet adds. Working from home for months on end and the inevitable “tech neck” can, naturally, make slouching pronounced. It’s a habit that creeps in unwittingly, but exercising without being aware of any posture misalignments will effectively make rounded shoulders your default setting.

Posture is something that can be corrected, though, through strengthening the posterior muscles (the rhomboids) and stretching out the anterior muscles (the pectorals). “When people train the shoulders, they’re not usually aware of the anterior side,” Maysonet explains. And tightness in the front paired with weakness in the back is what creates imbalance and a hunched stance.

Do you have a workout routine? “Change it!” Maysonet advises. “Too many times people get into the gym and proceed to do the same thing, the same way, at the same speed. Variety is the single way to alter body composition.”

Minor changes can deliver body-transforming results. “By changing up loads and making constant progressions, we can avoid plateaus,” he says. This involves utilizing different energy systems, different muscle fibers, and experimenting with a variety of weights and levels.

Another way to keep things interesting is to change your environment. “This keeps even the basics fresh and fun again,” he says. “Try the great outdoors, run a set of stairs, or do a fitness circuit. You could grab some bands and a medicine ball, and head to a park, or mix it up with a [socially distanced] boxing lesson.”

If you’re a creature of habit and like routine, make sure you’re introducing a new variation or level of intensity every four to six weeks.

“Quick fixes can work if you already have a base level of fitness and strength, but this approach isn’t sustainable long term,” he explains. “If you only have a short amount of time and have full-body control, good flexibility, and pain-free range of motion, then go for it. Just know that you’ll need to quickly transition to a more sustainable regimen once you get past whatever it is that you’re prepping for.”

Maysonet emphasizes that a long-term, holistic plan is ultimately going to be the most beneficial, regardless of your baseline. “People get the most out of their transformation if they commit to a comprehensive lifestyle plan.” This involves setting long- and short-term goals, prioritizing nutrition, supplementation, cardio, and weight training.

Integrating effective pre- and post-workout practices into your routine maximizes efficiency. “Always do a seven- to 10-minute warm-up. This prepares the muscles for a higher load, raises the body’s core temperature, and increases the active range of motion,” Maysonet says. One post-workout practice that the trainer swears by is foam rolling to increase circulation and reduce tightness. Other strategies to try include stretching, steaming, Epsom salt baths, and ice baths.

Holistic methods can make an even deeper impact on recovery. “If you are vigorously working out often, try deep-tissue massages and acupuncture as part of your routine to maximize recovery and restore muscle tissue balance,” he adds.